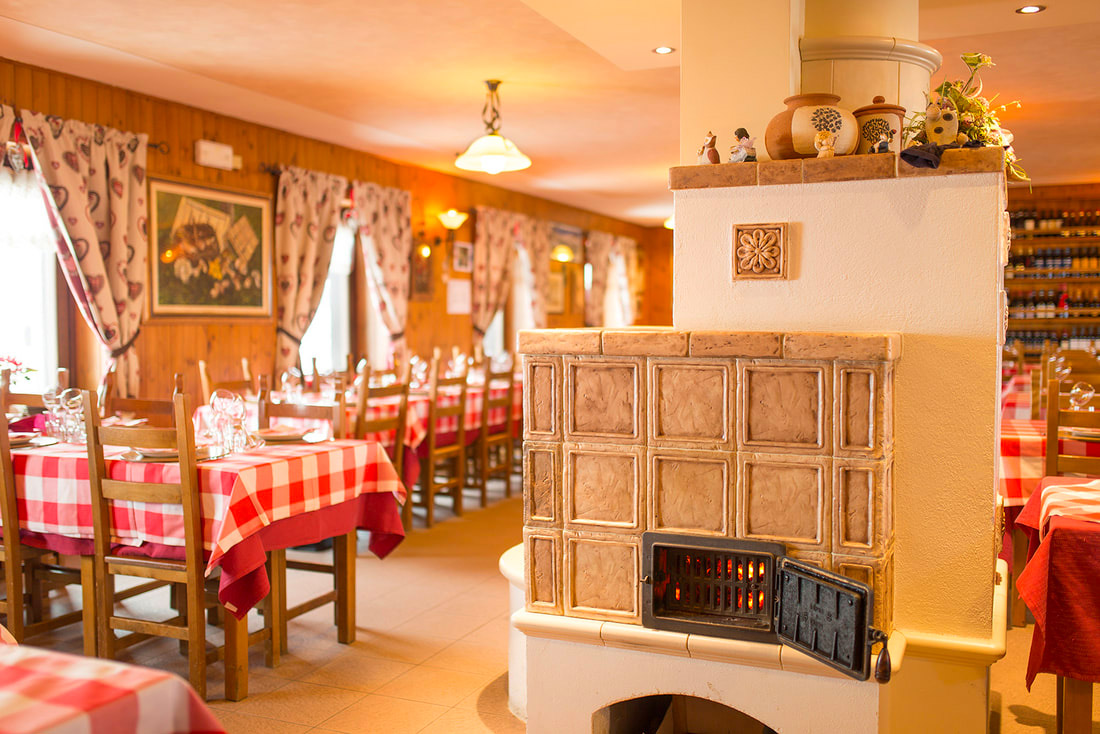 The Rambaldini family’s adventure began in February 1971 when Ettore Rambaldini and Rosa Tavelli married and in March of the same year decided to rent a mountain refuge at Passo Maniva. The old shelter was actually a trattoria, with no running water or electricity, with five rustic rooms and a single shared bathroom. At that time there was no asphalt road, but only a mule track, so Rosa and Ettore stayed on the Passo only in summer, because in the winter the road was impassable.

In March 1972, the firstborn Nada was born, followed by Manuela in May 1973. Thanks to their welcoming hospitality and delicious cooking, the restaurant began to gain in renown. Rosa became famous for her specialty of roe deer and mushrooms cooked in different ways.

Founder and essence of our Mountain! He who created the “Dosso Alto” and strongly believed in tourism.

The pillar of Dosso Alto has always supported the growth of passion and hospitality.

Head of the kitchen from which the best traditional mountain dishes are made.

First-born daughter, manager of the Pizzeria where in addition to the “classics”, pizzas are baked combined with local products.

Responsible for customer services and the choice of local products.

Responsible for customer welcome and committed to meeting customer requests

Miriam, the youngest daughter in the Rambaldini family, arrived in 1977. In 1989, the Dosso Alto Hotel was inaugurated near the refuge and the year after the family was complete with the arrival of Matteo. By the time the Dosso Alto restaurant opened, Rosa was already famous for her delicious lunches and Ettore livened up the environment with his natural flair for hosting.

The daughters’ educational specialisations and their immediate integration into the family business enabled a rapid growth of services and their continuous improvement. In 1992 the Rambaldini family, now well experienced in family management, decided to buy the old shelter where its story began. A few years later the building was renovated and the Cielo Alto Pizzeria was born, now managed by Nada.

Sign up for our newsletter to keep up to date with news and offers on your next stay in Maniva!